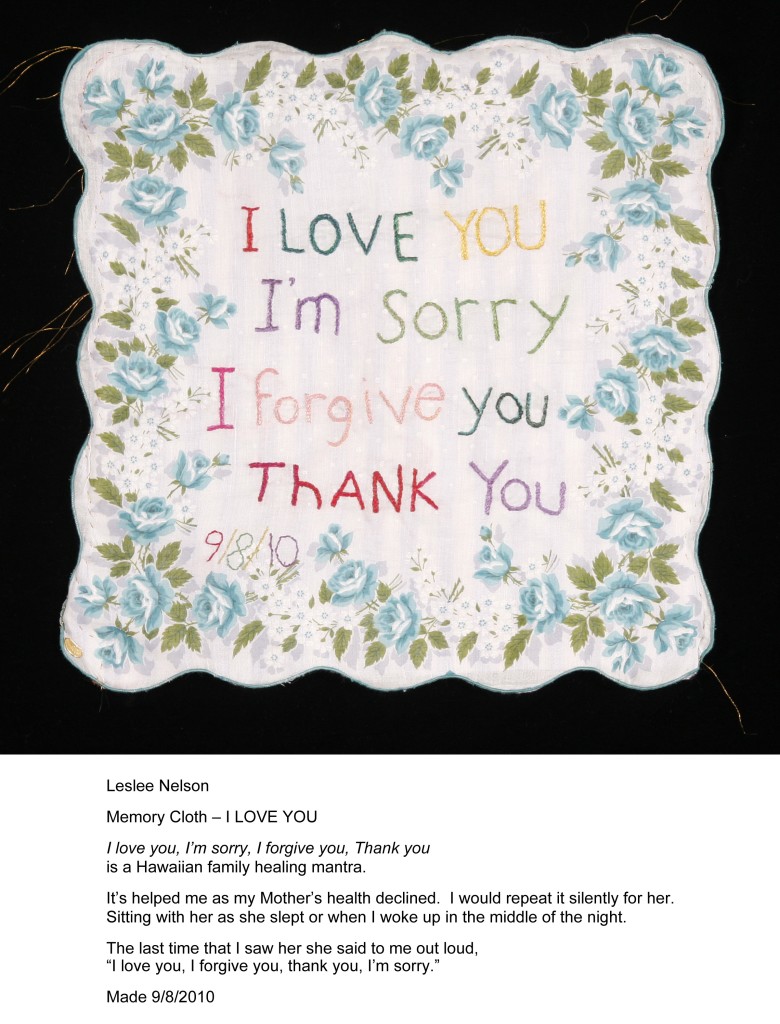 Artist Leslee Nelson creates Memory Cloths using the creative process to reflect on her life and makes art from her memories.

In December 2005 Leslee Nelson  saw an exhibit, The Art of War, which included Memory Cloths from South Africa. These brightly colored fabrics had embroidered images from the maker’s memory. Accompanying them were narrative paragraphs, the maker telling the story of the scenes depicted. It was part of an effort to reclaim the memories of women’s experiences of Apartheid left out of the Truth and Reconciliation Commission’s official record.

It was an A-HA moment for her. 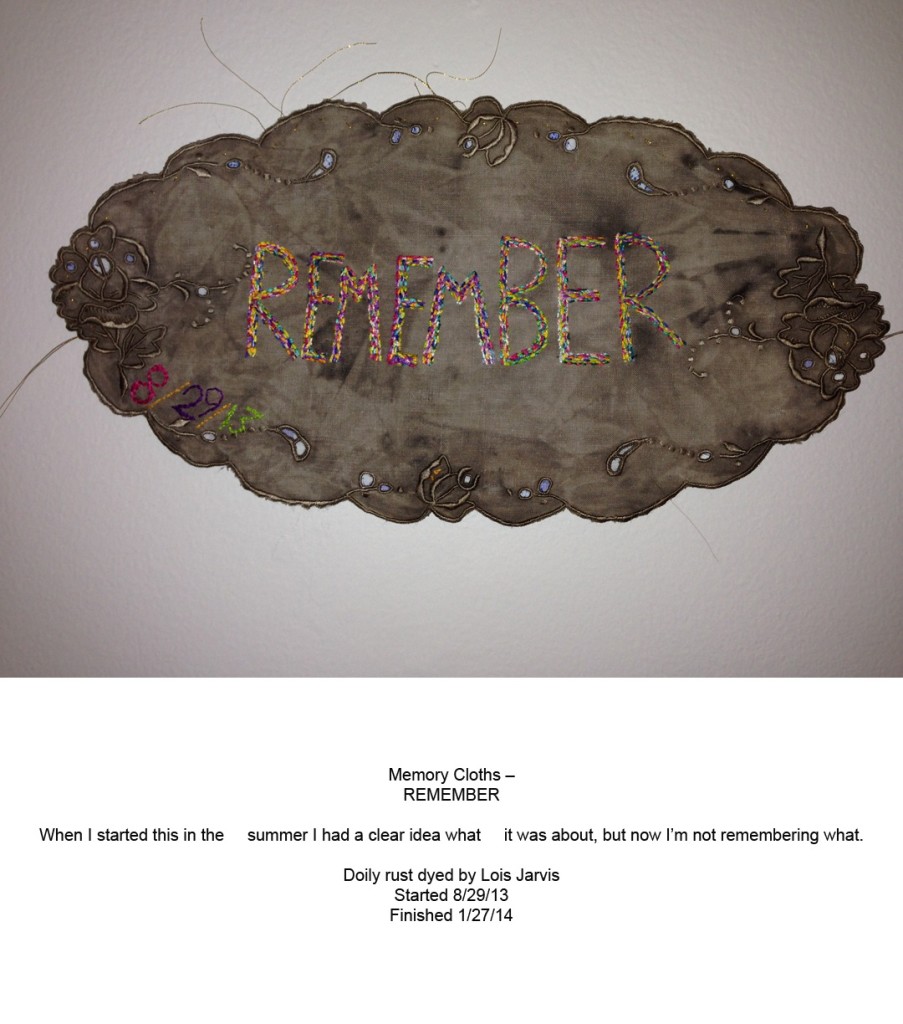 Since then Leslee has  been making these embroidered stories from her life. She embroiders images on a vintage textile (mostly her Mother’s or Grandmother‘s) and writes the story of the memory that is exhibited next to them.   Leslee  started with stories from her childhood, from her travels and from her love life. For the artist the process of making have been are very healing to make.  Occasionally she embroiders meaningful words she want to embed in her memory.

Leslee is careful to attribute her inspiration for the project to the South African women fiber artists who stitch their own lives and experiences into their work.  Even as she found herself inspired buy the process of using the arts, and fiber arts in particular, to capture meaningful memories, it has been very important to Leslee  to avoid appropriation of the specific traditional cultural forms and images that drew her in originally.

In 2012 Leslee went to South Africa and was invited to speak at the Phansi Museum where the  South African artists Memory Cloths are currently on display in the exhibition  Amazwi Abesifazane: Voices of Women.  The South African women artists were pleased and delighted with how engaged Leslee has become with their process.

“I felt a little guilty about stealing this idea from these women who have these incredible traumas (in their past) — people being murdered, their houses being burnt down,” she said. “I told them how I’d come to this healing place and asked if that had happened to them. And they said yes, basically, that is the whole point.

“They talked about how part of (the process of memory cloths) was the making of it, and part of it was putting it on the wall until it no longer triggered a response,” she said. “They were so delighted that I had fallen in love with their process and was doing it here, too”

Leslee was honored that these artists where so generous and supportive of her art making.

If you live near Madison Wisconsin you will have a chance to see her wonderful artworks in person.

In collaboration with the 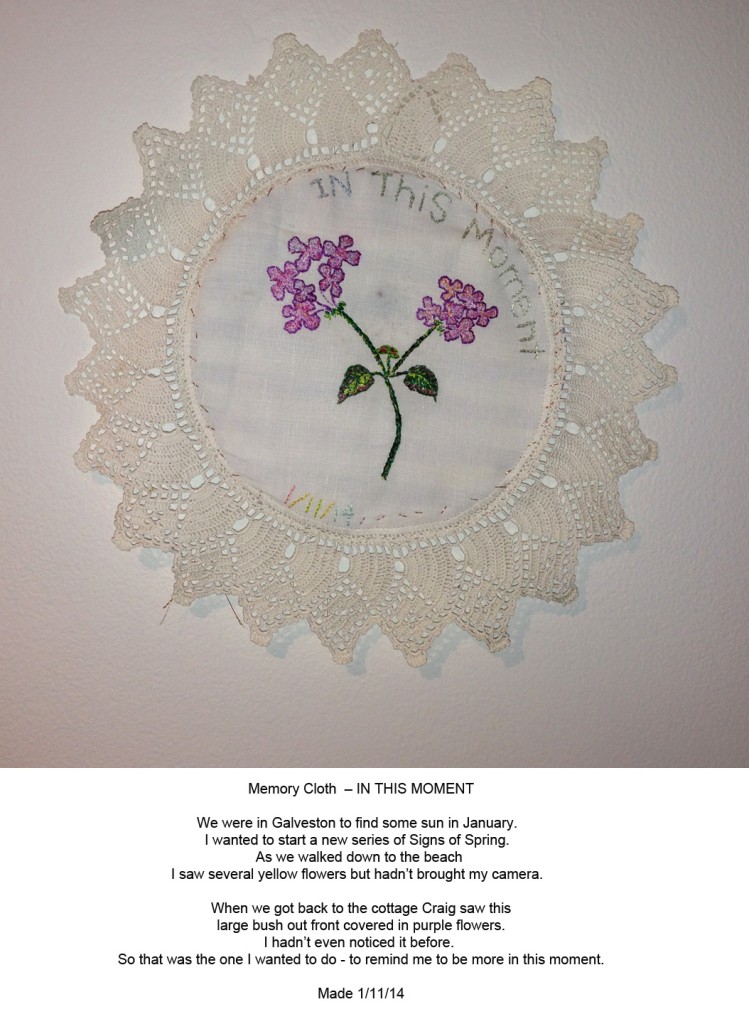 A Chance to Make Your Own Memory Cloths 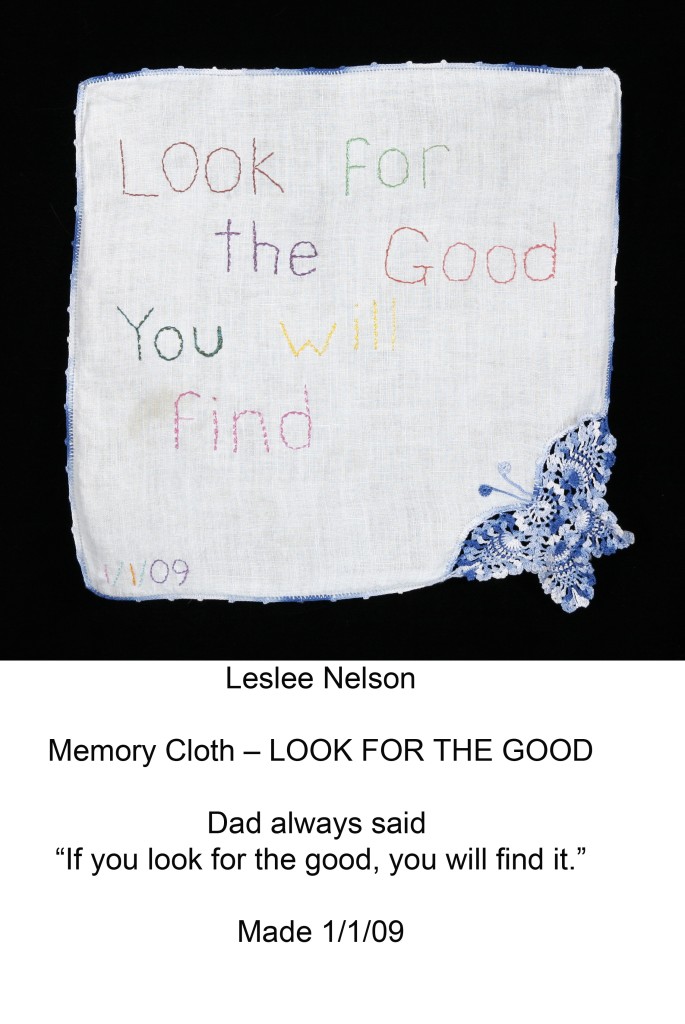 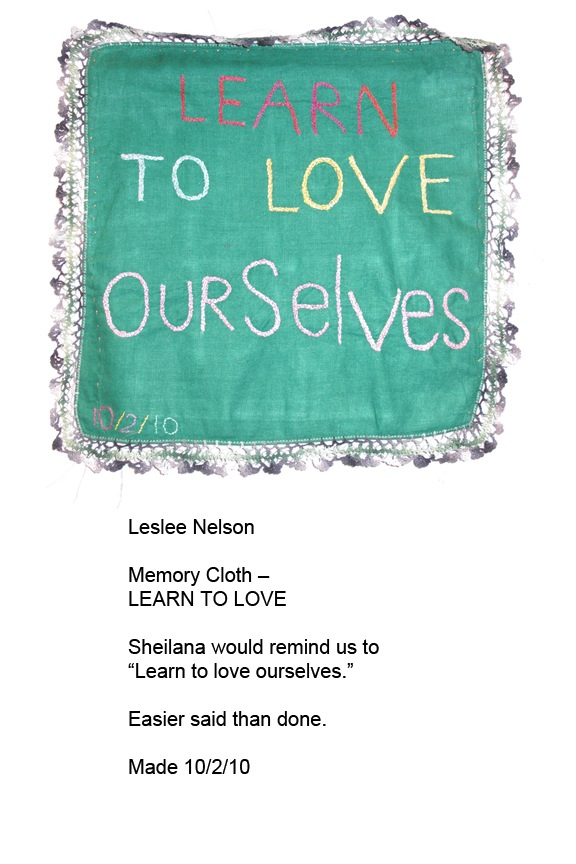 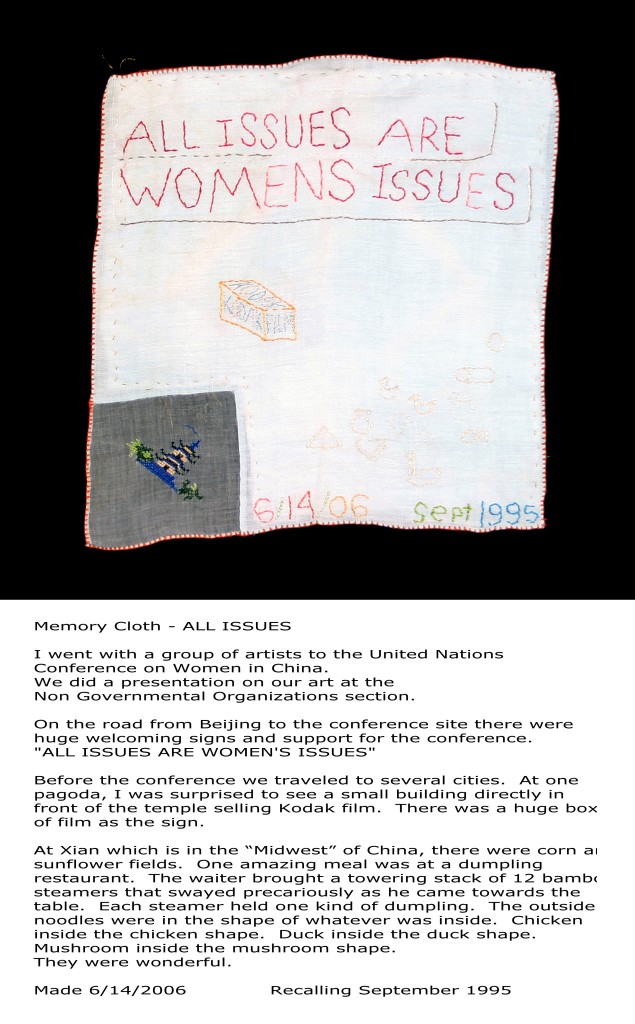 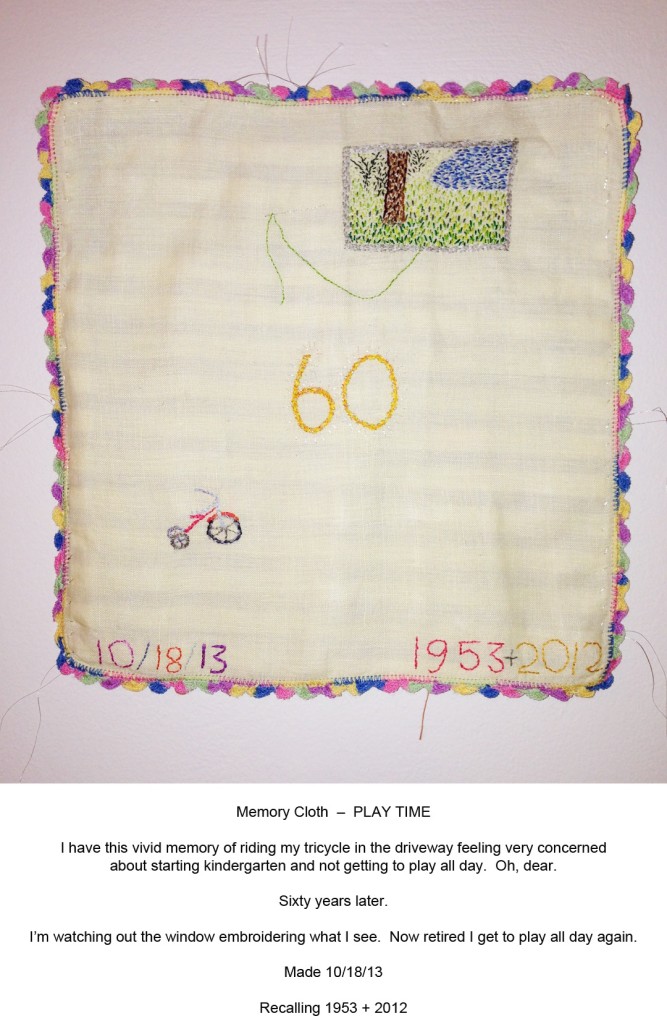