“I am exploring a painterly myth for myself to explain the power of what I see and feel. Nature is a mystery- volcanic activity hidden from view by steam and the earth’s crust. To know the earth through the senses is to experience it sensually and intimately. 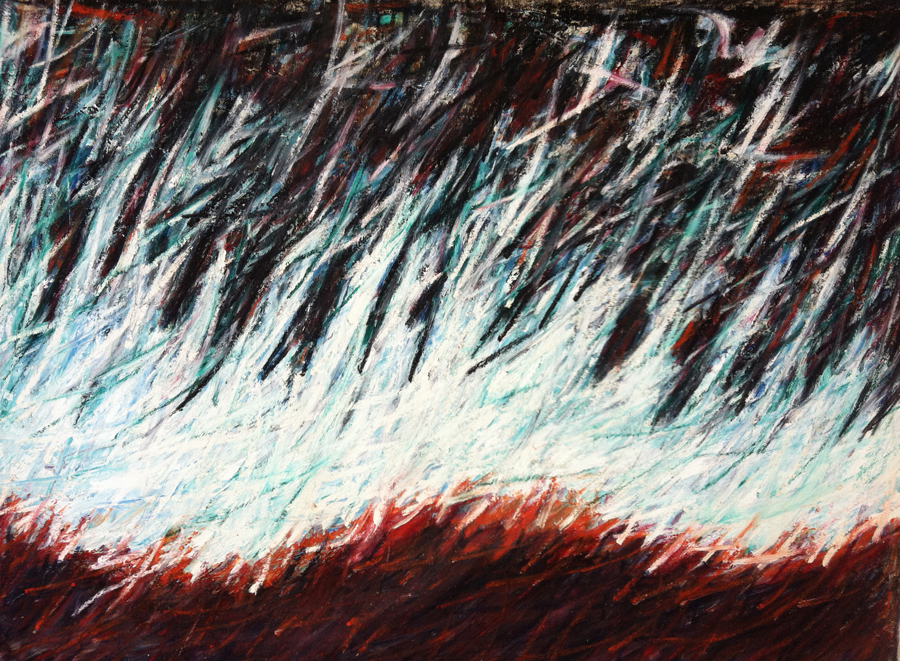 Death took Jean Towgood, Huntington Beach artist and women’s rights advocate,  in May of this year.   Jean Towgood was a passionate and committed artist. She was a beloved wife, mother, grandmother, and friend to many.  She was a leader, and an activist that tithed for her right to be an artist by helping to create a diverse community of women in the arts in her home area and nationally.  Jean was my friend and a fearless advocate for women in the arts.

Ada Brown, Suvan Geer and other family, friends and sister artists have arranged an Memorial Exhibition of her artwork on Sunday, November 24th, from 2:00-5:00 PST at the Brewery (in Jean’s last studio space) 2100 North Main Street, Studio A-5 , Los Angeles, CA .  The exhibition will celebrate Jean’s passion for art, the land and the people she loved and worked with over the years.  A percentage of all sales made will benefit the non-profit Southern California Women’s Caucus for Art Legacy Project.

Jean created artwork that focused on the personal, political, and environmental issues that affect her life. She was drawn to focus on the “cracks” in nature – the places where the earth was still forming and transforming – volcanic eruptions, geysers, fires, storms, geographic erosion, and rocks and trees sliding into the ocean. Her aggressively composed and articulated paintings were abstract yet completely grounded in the wild nature she loved. 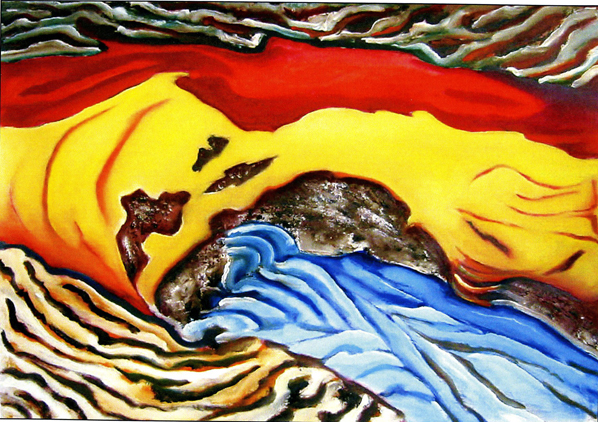 I met Jean Towgood as a chapter representative in the national Women’s Caucus for Art, and was privileged to be her supporter as she took on the national presidency of the Women’s Caucus for Art (1992-1994).  The WCA is the largest multi-disciplinary women’s art organization in the United States, serving women artists and art historians in and out of the academy, and in local communities through a network of chapters that do local advocacy and provide opportunities to come together to exhibit and grow feminist art community.

The WCA grew out of the College Art Association, starting first, in 1972, as a caucus of that organization dedicated to fighting sex discrimination in art departments.  It became a separate independent, but affiliated organization, in 1974.   The WSC continues to advocate for women in the arts and celebrated its 40th anniversary in 2012.  It will again hold its annual conference February 13-15, 2014 in Chicago, with the theme “Balance.”

When Jean became the 12th president of the WCA she brought her experiences as an independent artist who had been president of the Southern California WCA.  She remained a proud and active member of the SCWCA all of her life.

Jean had found her own voice by pursuing her painting.  She wanted the same for other women.  She knew we needed more art from more diverse voices to better understand the world we live in.  Her advocacy for all women in the arts took many forms.   It took great courage and commitment for this soft spoken woman to become one of the first WCA President who did not have an affiliation with an institution of higher learning.  While Jean worked hard to  ensure the WCA provided important support for women working in University art and art history programs, she also understood what it meant to be an independent artist grappling with the forces in the art world that disadvantaged women artists.  Understanding that the woman-centered art communities formed by the WCA the local chapter structure   is especially important in providing opportunities for women artists across the country, she brought a strong voice from the chapters to WCA leadership. 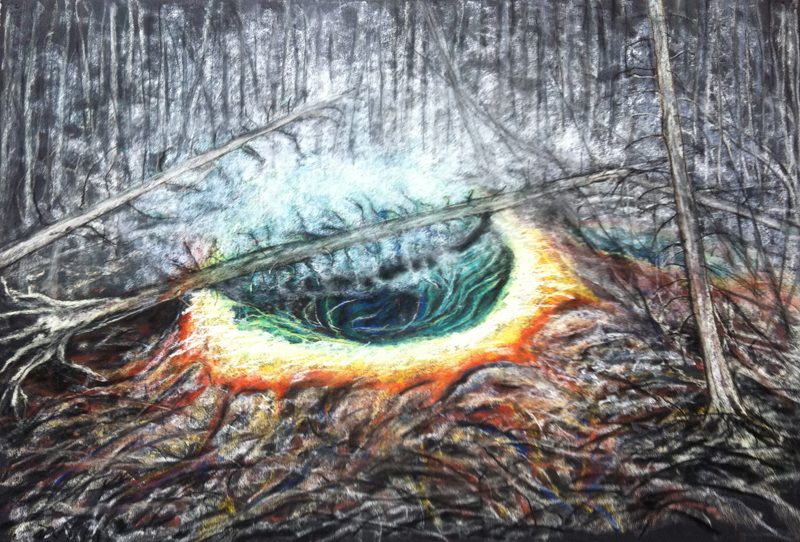 Jean brought this regard for all women artists and art historians with her.  Jean will be especially remembered for her dedication to working to make the WCA into a community that provided equitable support for all women artists, and her particular commitment supporting the art and leadership of women of color.  It was during Jean’s term of office that the WCA supported a diverse team of curators and ensured the publication of the Women of Color Slide Project so that it could never again be said that there were no visual resources to support the teaching about women artists of color.

There were many ways Jean fought  for women artists and one way was to model an absolute commitment to bringing her critical and creative voice to the world through her own art.  Jean was a painter who found the support of other women artists extremely valuable to her own development as an artist.  She created a series of paintings to commemorate the late Joan Brown, an artist who was significant to her own development. Jean said at the time:

“Brown’s work reflected her life. That started me thinking that my art is part of me, connected with what I did in my life. Whatever we artists do revolves around what’s going on in our lives. The same shapes and images that were in my work two years ago are still popping up. The work is really a serial of my life.”

A passionate voice for humans and nature, Jean painted on huge unstretched canvases and smaller works on paper.  Her large-scale paintings were environments that embraced the viewer.  Her subjects were most often rooted in her awe of nature and her lived experiences of the land from sited as diverse as her own back yard, Anza Borrego, Yellowstone, Kenya and Hawaii.

I had the opportunity to walk with Jean once through the park near her house and saw the twisted trees that inspired some of her dynamic psychological landscapes.  She spoke of her intent to translate what she felt in her work.  Favoring bright and bold color, dynamic mark making, and energetic line to embody wild nature images that often served as metaphoric representations of the human emotion. Her paintings ranged from pure abstraction to dynamic images of erupting volcanoes, writhing tree limbs, raging wildfires and rolling deserts capes that suggested an emotionally charged psychological terrain. Jean’s paintings represent an earth with dynamic, unfettered power.  She grew up close to nature and had always felt its living power and wanted her audience to feel it too. 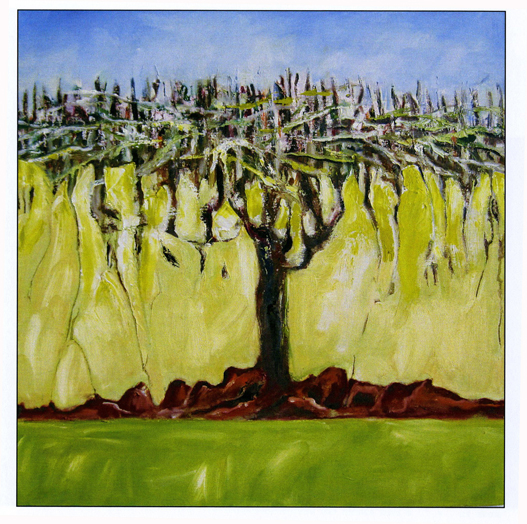 Jean Towgood successfully translated the wild spirit of humans and nature and showed us a woman who are not afraid to fully be an artist while still fully loving her family and friends and working to create the world she wanted to live in.    If you are in Los Angeles on Sunday the 25th of November, 2013 please stop by the Brewery and experience Jean Towgood’s creative and critical thinking through her art.